Creating a Glowing Sphere from Scratch

We are going to get started with the simple elements of a Three js scene including the camera, the renderer, the scene, the object, and the light source (if necessary). Before we do that, we’d rather use the Vite plugin to be able to easily create all the folders and files that you need to run the Three.js code. First off, create a folder in the directory of your projects by using the following commands: Coppied to clipboard. mkdir glowingSphere
cd glowingSphere Then, inside of the glowing sphere folder, create the necessary files and folders by simply running the Vite plugin command: Coppied to clipboard. npm create [email protected] Then enter the name of the project. You can write glowingSphere as the name. And also the package (the name is arbitrary and you can choose anything that you want). Then select vanilla as the framework and variant. After that, enter the following commands in the terminal: Coppied to clipboard. cd glowingSphere
npm install Afterward, you can enter the javascript code that you want to write in the main.js file. So, we will enter the base or template code for running every project with an animating object, such as an sphere. Also do not forget to install Three js package library every time create a project: Coppied to clipboard. npm install three Now, enter the following script in the main.js file: The above code can be used as a boilerplate for later projects. The output of this code will be blue sphere like the below photo. But to be able to show that, you should write the following command in the terminal: Coppied to clipboard. npm run dev 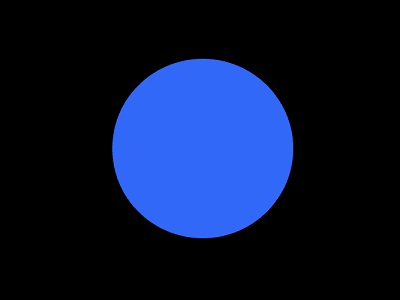 Now, if we want to create a halo to make it glow, we need to create a shader. So, we modify the code a bit. To do so, add the followings to the main.js: Now, we save the code and see a halo around the sphere as a result: 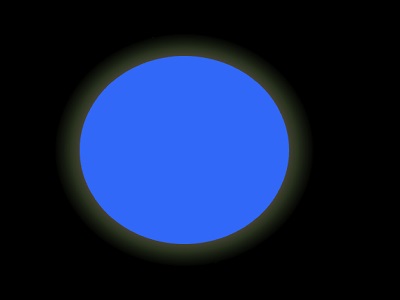 What we did here was to create a halo sphere using shaders. Shaders are usually written in other files called vertex.glsl and fragment.glsl. But here for the ease of code execution, we have written it in the main.js file with ‘ ‘ marks. Notice that you need to install the Comment tagged templates in VSCode to be able to support other languages in the main.js. This way writing shader is much easier and faster. In the haloFragmentShader, we have written an algorithm to create this kind of glowing effect and notice that we created another sphere in addition to the main sphere in the boilerplate to simulate a halo so that we can have the glowing sphere using the 2 of them in the same place. Adding the Texture of the Moon: In order to give meaning to our design, we can add the texture of the moon. To do so, we need the UV map of its surface. You can google UV map of the moon and the photo you need should be something like this: 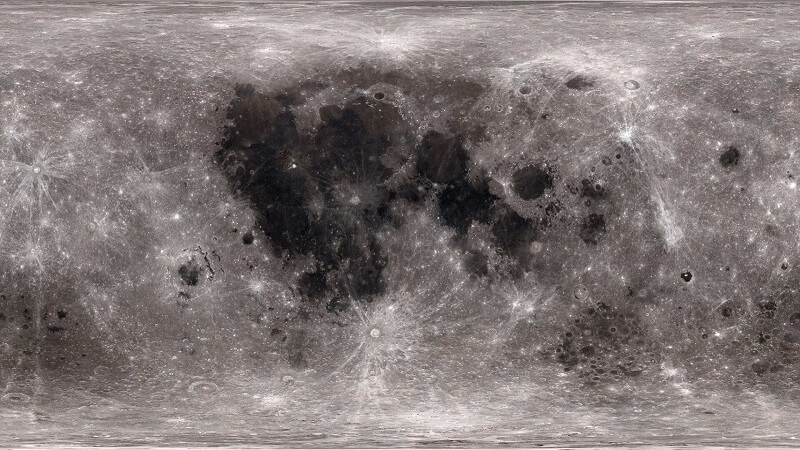 Now, we need to create a folder and paste the uv map of the moon and change the material from: To: What we actually did was to change the color property to the map property. Finally, you will be to see the rotating moon like this: 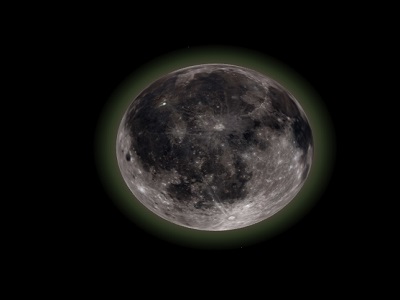 The final thing that we need to do is to create a light point. We have covered a full tutorial on the point lights in our previous articles. We can use either the spotlight or the directional light to simulate the light in space. However, since we do not have any other objects here, we can neglect this part and do not add any light sources in the position of the moon. But if we want to have more objects and planets in space or simulate the moonlight in the night sky, we would rather use a spotlight or directional light.

Notice that if the planets are going to be simulated near each other, the spotlight might be a better choice. But if you want to simulate only the moon in the sky, the directional light may be a better option to provide the scene of a glowing sphere in the middle of the night, because we usually use the directional lights for the sources that are far away and have parallel beams. According to the above explanations, we use the directional light and consider the white color for it and then add it to the scene: Notice that you should set the position of the point light according to the sphere object (They should have the same position).

In this tutorial, we have provided the guidelines for creating a sphere from scratch using the Vite plugin and the base code or boilerplate for every Three js project. Afterward, we added the fragment and vertex shaders written in GLSL to our script to simulate the glowing effect on our glowing sphere in Three js. The halo or the glowing effect comes from another sphere that has been scaled relative to the main sphere. Then, to give meaning to the glowing sphere we have created, we decided to create a moon with a UV map of it, which was downloaded from Google images. Finally, we considered adding a light source in case additional objects might be added to the scene in the future.

Arashtad Serivces
Drop us a message and tell us about your ideas.
Request a Quote
3D Development